6 Reasons Why INFJs easily lose track of themselves

How many times does it happen every day when you think of finishing a task within a stipulated deadline? And it takes longer than what you expected earlier, or even you find it challenging to complete the job you started before. INFJs fall into the category of “Judger” types in MBTI, but it’s so common that they take on a “Perceiver” role when they start a new task with which they are not familiar. Due to this, INFJs doubt if they are INFPs since they find it challenging to decide and stick to it. Therefore, it’s so common in INFJs that they resent not being able to keep up with their day-to-day plans.

These are the following reasons due to which INFJs lose track of themselves:

INFJs prioritise external harmony above everything.

Do you often find yourself helpless when someone asks you for help, and you can’t say ‘No’ to them even if you want to? How many times has it happened to you when you repent for spending your time and energy for someone you shouldn’t have done before?

Extraverted Feeling (Fe) is the auxiliary cognitive function in the INFJ personality’s function stack, and this is why what makes an INFJ a real empath. This function makes the INFJ prone to the influences and needs of their external surroundings. INFJs feel so strongly about the emotions of people around them because of the presence of strong Fe. Therefore, it comes naturally for an INFJ to make decisions from a standpoint where others’ needs are met and fulfilled first.

This way, INFJs tend to neglect their plans what they had set before, and they give in to the demands and needs of their family, friends, colleagues, and any other person who is suitable to be served at the moment. That is why narcissists get to abuse the INFJs, especially those who are defenceless and haven’t set their boundaries in the first place.

A piece of work is always incomplete for an INFJ until it’s a masterpiece. INFJs indeed have a penchant for achieving ultimate perfection in whatever they intend to do in the world. It happens predominantly because of the presence of Introverted Intuition (Ni), which is their Hero or dominant function in their function stack. This function looks for the best out of the most probable possibilities, and it delivers the INFJ a narrow pin-pointed focus to work. INFJs are fortunate to have been gifted with such a rare quality, but it also affects them when they compulsorily look for perfection in literally everything they do.

It hampers the regular flow of their daily routine tasks. They continuously focus on improving the finer details, which are unnecessary and leads to INFJ burnout. INFJs find it challenging to decide where they need to decide on how they should hold their perfection.

INFJs are curious enough to get distracted.

INFJs have this obsessive desire to learn everything whatever they come across, find links between them, map out the big picture, and derive a meaning of its existence. It’s something that happens subconsciously to an INFJ as their dominant perceiving function Introverted Intuition (Ni) actively looks for the cues and patterns. It’s is why INFJs are so interested in learning everything, even if they don’t have any direct relation to their topics of interest.

INFJs tend to fall into the famous Ni-Ti loop when they give lesser importance to the Extraverted Feeling (Fe) function and go entirely introverted, engaging their Dominant Introverted Intuition (Ni) with Tertiary Introverted Thinking (Ti). When they are in the Ni-Ti loop, they neglect the feelings & responsibilities of their family, friends, and external surroundings. They tend not to use their Extraverted Sensing (Se), which gives them a picture of the present reality.

This way, the INFJs get side-tracked from the goals they decided earlier, and after some time, they feel lost, stressed, and depressed for not being able to fulfil the obligations and promises they were supposed to do.

INFJs are their own best critic.

When INFJs are stressed, ask them how worthless they are, and they will spout off everything about them in utter pessimism. They will even wholly nullify all of their proudly held victories and previous achievements because of their 8th cognitive function, also known as the demonic function, i.e., introverted sensing (Si). It will remind them of all the negative occurrences that happened in the past. Introverted Feeling (Fi), which is their 6th cognitive function, also plays the Critic part. It will make INFJs more vulnerable to self-loathing and self-criticism during stress.

Not only INFJs, but all types face rejection and failures in their endeavours. But for an INFJ who sets high standards for themselves, it’s difficult for them to accept defeat after putting a series of efforts into obtaining the perfect outcome. Thus, they start criticising their vision as a whole instead of sticking up and working through it. This way, an INFJ gets side-tracked from their vision and goals.

INFJs take a lot of time to gain momentum than other types, especially the primary Extraverted Sensing types, for ex- ESTPs. The way an INFJ learns is entirely different from the way how other types do. Especially for a dominant Introverted Intuitive like INFJ and INTJ, the learning process is prolonged and time-consuming in their early stages. It’s relatively hard for INFJ to show up for themselves every single day and be faithful to their goals during the initial phase.

Extraverted Intuition (Ne), which ranks 5th in the INFJ’s function stack, plays the role of Villain, and it accounts for the uncertainty that INFJs face when they are in a state of inner turmoil caused by the lack of progress they observe in their journey. There is a big possibility that INFJs during this phase would give up on their goals and dreams unless it’s something that brings meaning and purpose to their lives. This way, an INFJ would lose themselves if they are not getting the desired results during the initial phase.

An INFJ’s expectations is too high in the short term.

The reality of an INFJ is far different from the rich, fulfilling counterparts of their strong vision. It’s common for an INFJ to lose themselves from the present reality and bask in their ecstatic vision’s beautiful and promising views. But when they come to a reality check, they find out the truth, which turns to be bitter than what they had imagined earlier in their heads.

It’s naturally difficult for an INFJ to take massive actions and bend their reality to match their dreams because the function responsible for this, i.e., Extraverted Sensing(Se), takes the inferior position in their cognitive function stack. Thus INFJs tend to lose faith and confidence in their ability to take actions in the present and turn their dreams into reality.

My dear INFJ friend, remember your visions are grand, even one of the greatest compared to that of the other personality types apart from INTJs. So, you naturally tend to set goals according to the visions you see clearly in your head. You overlook the limited strength of your inferior Extraverted Sensing function (Se), which practically empowers you to chase your lofty visions and take appropriate actions. The rate at which you can change your reality by taking action is far slower than the rate at which you dream and create your perfect vision. That’s why your expectations are too high for you to achieve in the short term.

That doesn’t mean that an INFJ can never achieve their dreams and fulfil their visions. It’s possible only when they carve out a consistent and sustainable plan with lots of checkpoints in between.

Remember, for an INFJ – Impossible is possible, but it may take some more time.

If you enjoyed this post, don’t forget to check these!

6 Steps How INFJs Can Live a Weird Dream Life

Everything about the famous INFJ Door Slam 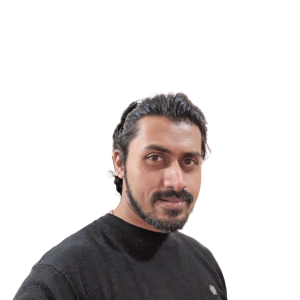 I am an INFJ, a Jungian and MBTI Analyst, a musician, and a relentless dreamer set on a mission to transform the world into an arena of boundless love and happiness. My mantra has always been - "Love thy neighbor as thyself." I firmly believe that understanding the eight cognitive functions and the 16 MBTI personality types can bring the most remarkable change in understanding ourselves and how we relate to one another. My vision is to simplify the intricate human psychology and make it accessible for anyone to find themselves and transcend into a superhuman.

The Best 40 INFJ Memes Every INFJ Can Relate

7 Ways for INFJ to Develop the Ultimate Winning Mindset

How to Gain Respect Being a True INFJ? [Part-1]

How to deliver Masterstrokes When INFJ Hits Rock Bottom [Part-2]

How can INFJ blast their way through epic success?

Everything about the famous INFJ Door Slam